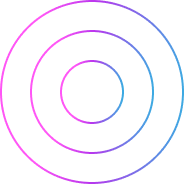 If you’re an entrepreneur, the term Minimum Viable Product (MVP) is most likely familiar to you. But do you know what it really means? If not, don’t fret. In this article, we’ll explain what a minimal valuable product is, why is MVP necessary, and share a few examples of how it can be used for the success of your business. Keep reading to explore.

Importance of an MVP

Before we answer the question of “why is MVP important”, let’s start with determining what a minimal viable product (MVP) is.

To put it simply, a minimal viable product is an early version of a product. It has only a small number of features, but enough to demonstrate the product and validate its idea. More often than not, it’s created by businesses to test their ideas and determine if there’s a market for a product. That way they won’t spend money on something no one wants.

Now, to the question of why is MVP important. First of all, creating a minimal viable product allows you to determine if there’s a need for a product in the market. As a business owner, you can come up with ideas all the time. Some of them will be great, while others, even if you believe they’re great, may be of no interest to a targeted audience.

An MVP allows you to quickly get feedback from customers after the launch of your product’s prototype. Thus, you will be able to test your hypothesis and make the right decision about the product while keeping expenses low.

Secondly, MVP allows you to focus on the features that are important for customers and not just for you. By collecting the data on user behavior, you’ll get a clear picture of what appeals to them and what doesn't. So you can focus your efforts on the things that matter the most.

A less obvious but equally important advantage of an MVP is that it allows you to get a pre-launch user base. As a result, when the product is ready, you’ll need to spend a significantly smaller amount of marketing budget to get it noticed. A definite advantage in anyone’s book.

As you can see, the minimal viable product importance is paramount when it comes to defining the value of the product, its goals, functionality, and development time.

Below we outline the main goals and purpose of a minimal viable product, as well as discuss in detail what advantages it offers for businesses.

To save time and money

The most important objective of an MVP is to save money and engineering time. By checking how customers react to your idea, you’ll know whether they are ready to buy your solution — without wasting time and resources building a full-fledged product. Positive results give you the green light to include more features and jump into the market.

To check whether the product is appealing to users

Creating an MVP is also a great way to see the product in action. The sooner you find out whether your product appeals to the prospects, the less time and effort you spend on a product that nobody needs.

To find out new trends and ideas

The purpose of an MVP is to also detect new trends and ideas. Instead of creating questionnaires, you can launch a lightweight version of your product and directly ask early adopters what features they believe could be improved. This way, you’ll identify and prioritize functionality and also get insights into the current trends.

To collect a user base and increase brand loyalty

Loyal customers are product advocates that can help you reach a larger audience with minimal marketing spend. An MVP can help you with that. Knowing what users need and what the product is missing, will help you increase brand loyalty by adding helpful features to it.

Finally, many startups use an MVP approach to get funding for a project by attracting investors. This is often the hardest part of product development because investors and stakeholders are very selective with regard to the products they invest in. However, a well-made MVP can make all the difference.

In fact, investors often look at an MVP as a test run. Allowing them to check the readiness of a team for the job and evaluating if you have the skills to bring the idea to life. If you can prove to them that your product is worth the money, they’ll more likely invest in it.

Now that we know the purpose of a minimal viable product, let’s take a look at some of the examples of companies using MVP for their businesses. However, before we get to the successful cases, let’s first look at some widely known failures so you can learn from them and not make the same mistakes when developing your MVP.

Perhaps, the most famous case of a startup failure is Standout Jobs. This is the case where a founder was only guided by his gut instincts and didn’t spend much time researching users’ needs.

As a result, they created a product that, though it looked good, didn’t have much demand in the market and consequently, didn’t attract any users. In the end, the company made a decision to sell, which they eventually managed to do, though not without difficulties for obvious reasons.

Another example is Electroloom. This 3D printer company created a desktop device that could create fabrics using electrospinning. The idea behind the product was to give people the tools to produce exceptional quality seam-free clothing from the comfort of their own homes. In practice, the user experience was far from desired. In order for the product to stay afloat, it had to be improved.

However, because the company launched the product too quickly and chose the wrong methodology, they were unable to adapt the product when the need for change arose. Plus, they very quickly ran out of funding.

Finally, let’s turn to Beequick, a company, offering one-hour delivery of groceries from thousands of stores, which had great potential but couldn’t make it a success. Unlike Electroloom and Standout Jobs, Beequick started out just right and actually ticked all the boxes in terms of planning its MVP.

Where it did drop the proverbial ball, however, is in the department of management. Expanding more quickly than they’d originally planned, they faced a massive cash outflow, which eventually drained their funds.

You might argue that Beequick wasn’t a minimal viable product and you would be right. Regardless, we decided to take it as an example of how planning, along with other things, plays just as important a role in launching a successful product.

Since so many startups fail, does it mean you’re going to fail, too? Surely, not. You have the benefit of learning from past mistakes and making sure that your project is different. At the same time, you can always learn from the best. Let’s look at successful examples of MVPs that may inspire you.

What we know now as a great social media platform used to organize and schedule content started as a two-page website. It didn't provide much information, just a brief explanation of what the product would do. The founder of the app decided to collect user feedback first to see if there was any interest in the product. When he started getting positive feedback, he turned it all into the full-fledged product we know today.

Another great example of MVP’s importance and how a simple app idea turned into a successful project with over 150 million users is Airbnb. Not everybody knows, but it all started as a simple landing page with just a few listings of lodgings. Now the company boasts over 6 million active listings and more than 4 million hosts all over the world. The secret to success is simple. They started slowly and relied heavily on organic search, which allowed them to grow to where they are now without investing lots of money.

Dropbox is another company that demonstrates the MVP's importance as they managed to achieve an incredible outcome using just a video demo. All they really did was share a video prototype of their product. However, it started the ball rolling. Users sent invitation links to other people who then sent them to somebody else, and eventually, the company's user base expanded exponentially.

More importantly, the company had collected enough feedback to see what changes need to be done to make it successful. And just like that, in just one night, Dropbox, which had only 5,000 users, gained over 75,000 new customers without spending a huge amount of money.

Minimal viable product importance is hard to underestimate, especially when the statistics clearly show that only 10% of all startups do not fail. However, this doesn’t mean you won’t make it. With a well-made MVP focused on the features of the highest priority, you can validate any of your business ideas and increase your chances of building a successful product.

Want to know how to build an MVP? If so, consider partnering with Lunka.Tech! Our team can offer you a wide range of services to validate your product. Plus, provide assistance in gathering user feedback and estimating the overall impact of the product on customers.

More importantly, our solutions are client-focused, which means you will get a unique solution that meets your specific business needs. To learn more about MVP's importance and what benefits you can get by partnering with our MVP app development company, make sure to check our portfolio.

Whether you’re planning to launch a new app or software, it’s paramount to build an MVP first. By launching an MVP instead of a full-fledged product, you’ll be able to test the business idea and see if there’s a demand for the product while keeping expenses low. Not only that, but you will also collect data about your users, which will help focus your efforts on the things that matter the most.

Choosing a professional team to help with building a strong MVP is another important success factor. However, since you’re here, you’re in luck, because with Lunka.Tech you’re in reliable hands. Not only do we know why is MVP necessary, but we also have the expertise to bring your most daring business ideas to life! So, feel free to get in touch and share your details.

What is the purpose of an MVP?

What can MVP be used for?

How much time does the development of an MVP normally take?

This Article Was helpful?